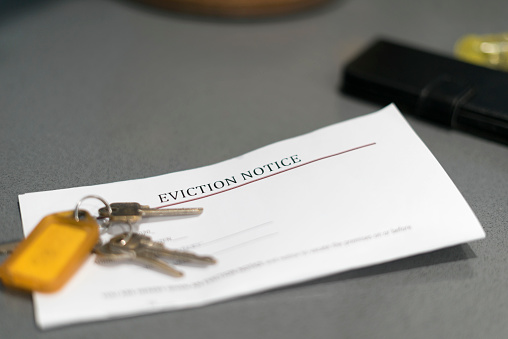 On June 29, 2020, the United States District Court for the Southern District of New York dismissed a challenge by several landlords to quash New York Governor Andrew Cuomo’s Executive Order 202.28 (the “Executive Order”), issued on May 7, 2020.

The Executive Order, among other things, imposed a moratorium on commercial and residential evictions during the COVID-19 pandemic.  The court found that the eviction restrictions imposed by the Executive Order do not violate landlords’ rights under federal law and that the court has no jurisdiction over state law questions they may raise.

Plaintiffs are three residential landlords who sought an injunction prohibiting the enforcement of two provisions of the Executive Order: (i) the “Eviction Moratorium,” which temporarily suspends both commercial and residential landlords’ ability to commence eviction proceedings for nonpayment of rent against commercial or residential tenants facing financial hardship until August 19; and (ii)  the “Security Deposit Provisions,” which temporarily permitted residential tenants to apply their security deposit funds to rents due and owing, provided the tenants replenish those funds at a later date.

The parties cross-moved for summary judgment on the pleadings.  In granting defendant’s motion for summary judgment and dismissing the action, the court held that it lacked jurisdiction to adjudicate the New York state law arguments and rejected each of the landlords’ constitutional challenges.

The court rejected landlords’ argument that the Executive Order violates the Takings Clause because suspending evictions forces landlords to provide their property for use as housing without just compensation.  The court determined that the challenged provisions of the Executive Order were neither a “physical” nor a “regulatory” taking.

The court explained that a physical taking only occurs when “a government has committed or authorized a permanent physical occupation of property.”[1]  The Supreme Court has ruled that “a state does not commit a physical taking when it restricts the circumstances in which tenants may be evicted.”[2]  Relying on this precedent, the court held that no physical taking occurred because Landlords have retained control of their properties and their rights to collect rent, even if those rights have been temporarily impacted by the Executive Order.

In evaluating whether a regulatory taking occurred, the court analyzed the Executive Order under the three relevant factors set forth in Penn Central Transportation Co. v. New York City: (1) the economic impact of the regulation on the claimant; (2) the extent to which the regulation has interfered with distinct investment-backed expectations; and (3) the character of the governmental action.[3]  The court found that all three factors weighed against landlords.  Under the first factor, landlords failed to provide evidence that the Executive Order “effectively prevented Plaintiffs from making any economic use of their property.”[4]  Second, the court held that “because landlords understand that the contractual right to collect rent is conditioned on compliance with a variety of state laws, their reasonable investment-backed expectations cannot extend to absolute freedom from public programs adjusting the benefits and burdens of economic life to promote the common good.”[5]  The third factor also weighed against the landlords, primarily because the Executive Order’s “reallocation of resources” was “purely temporary,” and “such burden shifting does not, without more, amount to a regulatory taking.”

The court likewise rejected landlords’ argument that the Executive Order violates the Contracts Clause by allowing security deposit funds to be disposed contrary to the terms of the parties’ leases, and by denying the landlords a forum in which to commence eviction proceedings for nonpayment of rent.

The court explained that the Contracts Clause “does not trump the police power of a state to protect the general welfare of its citizens.”[6]  The Contracts Clause has its own three factor test:  (1) whether the contractual impairment is substantial; (2) whether the law serves a legitimate public purpose such as remedying a general social or economic problem; and (3) whether the means chosen to accomplish this purpose are reasonable and necessary.  The court found that the Executive Order did not substantially impair the landlords’ contract rights, primarily because the Executive Order only postponed and did not deprive landlords of their contractual remedies for the nonpayment of rent and eviction.  The court therefore held that the Executive Order was consistent with the states’ “wide berth to infringe upon private contractual rights when they do so in the public interest.”

The court dismissed landlords’ procedural due process claim for failure to satisfy the requisite elements.[7] The court found that no due process violation occurred because landlords did not identify any property interest other than those dealt with in the court’s analysis under the Takings Clause and the Contracts Clause.  And for the same reasons that the court found no substantial impairment of landlords’ contract rights, it also found no deprivation of any property interest.

Landlords claimed that the Eviction Moratorium violates the Petition Clause because it denies them access to the courts to initiate eviction proceedings.  To prove a “denial of access” claim, the plaintiff must show that the government “took or was responsible for actions that hindered a plaintiff’s efforts to pursue a legal claim.”[8]  The court found landlords were unable to show that the Eviction Moratorium “had the actual effect of frustrating their efforts to pursue a legal claim”[9] because they will be able to bring eviction proceedings when the Executive Order expires, and they are able to bring breach of contract actions in New York state court even while the Executive Order is in effect.

Implications for Commercial Landlords and Tenants

Although the court’s decision is instructive, its analysis of the constitutionality of the Executive Order Eviction Moratorium is limited to the impact on residential landlords.  There are material differences in how this and other Executive Orders have impacted commercial landlords and tenants that may lead to a different result when analyzed in the commercial context.

The decision also does not shed light on judicial approaches to private disputes between landlords and tenants.  Commercial leases include conditions, covenants, and obligations with respect to landlord’s and tenant’s rights and obligations, including with respect to the payment or abatement of rent during the COVID-19 pandemic.  Disputes regarding these rights are governed principally by leases rather than the constitutional provisions evaluated in this case.